This morning I visited the science museum in Kitanomaru (north edge of the Imperial Palace) for the Japan handmade bicycle show.  The framebuilding scene in this country has boomed in the past decade, tracking a boom/revival in the U.S. and elsewhere. And now it is not just the keirin framebuilders and classic old guy building an old school frame, but an incredible diversity. 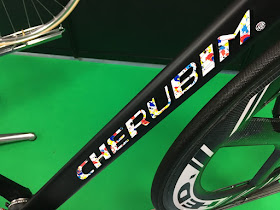 Of course, the parking lot was full of plenty of eye candy and some novel bikes as well (not to mention my Renovo!)

There were framebuilders from all around Japan, and even one from Italy who is represented in Japan.

First, I should note that not only were builders there, but also some parts suppliers - purveyors of tubing, lugs, Columbus tubing and forks, for example.  It looked as if there is a really wide variety of wholesale parts for builders in Japan, at a price ... but of course some of the most interesting bikes looked as if almost EVERY part (other than the drivetrain itself) had been done by hand, by the builder. 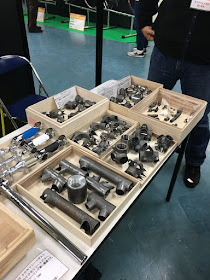 The only hub or wheelbuilder there was Gokiso. Not surprising, since custom frames are a good market for them. I do not know the current Gokiso team, but it was good to see them there and with lots of traffic.

Second, the show goes on through tomorrow, it is free, and you can find it here, so just hop on your bike and GO! The size was manageable -- I spent about 90 minutes and could see most of it and chat with a number of the exhibitors. Perfect.

All in all, I was impressed by the high level of craftsmanship, the (relatively) reasonable cost of many of the frames, and the friendliness. There are builders in Tokyo in cramped spaces, and others in the countryside or western Japan.  All over.  (There was one -- Helavna Cycles -- that has its workshop in Higashi Azabu, walking distance from my workplace at Keio Mita Campus, or from the Tokyo American Club, that is having an "open house" on February 11 and 12.  All over.

There is too much for a single post, so let me try to divide it up into themes and give you links to four other posts:

4. Part 4 - The trip home. Discovering the Farmer's Market in Aoyama.

Meanwhile, there were some other well-established builders that build great bikes who I should mention here since I don't feature them in the later posts: 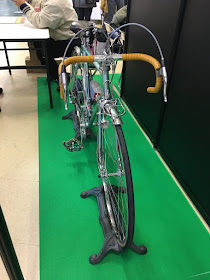 C. Amanda
D. Ravanello
E. Panasonic order made. I did not get good photos, but they were there -- inside and in the parking lot. 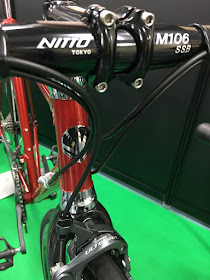